Pursuant to the Interactive Gambling Amendment Bill 2016 which came into effect on 13 September 2017, it is illegal to provide to Australian residents certain gaming services, including online casino-style games of chance or mixed skill and chance (such as blackjack, roulette and poker) and which are played for money or anything else of value (“Illegal Services”). We do not via this website or the content hereof (i) encourage or promote any such Illegal Services to Australian residents (ii) provide any offer, promotion related to such Illegal Services to residents of Australia or (iii) provide any advice (legal or otherwise) on such matters. 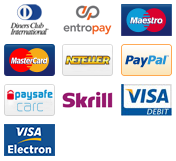 Part of the massive gaming conglomerate bwin. party entertainment plc, Party Poker is a well known brand and a fantastic all-round poker site with loads of great features, a whole lot of style and some fantastic bonuses and promotions.

One of a handful of truly Aussie-friendly poker sites, Party Poker will help you feel right at home from the start with their nice, simple welcome bonus worth up to $500 (as with almost all poker sites, the cash side of things is quoted in US Dollars).
While Party Poker have flirted with different bonuses in the past and have occasionally varied it, their standard $500 welcome bonus is great for all poker players or those who want to get a good feel for the site before upping the ante. You must deposit a minimum of $10 to activate the bonus and it is released in 10 bite-sized chunks, with a dollar of bonus money being released for every eight points you earn playing poker (you get two points for every dollar you spend in tournament fees and table charges).

So while the bonus isn’t the biggest you will come across in the world of online poker, the restrictions are not too bad compared to many and it gives you a decent chance of checking out what Party Poker has to offer before throwing in loads of your own money. You have 120 days in which to release as much of the bonus as you can, but that’s plenty of time given the vast number of games and tournaments to be found at the recently rebranded site.

New players will also be given a free entry to a Cash Booster game that has a cool $5,000 to be won. Use the code BOOSTER when making your first deposit to get in on the action.

As part of the rebrand, Party Poker introduced a system of Achievements and Missions that aimed to improve engagement amongst players and to promote a more social aspect to the site. Achievements are marketed as “personal milestones” and when you do certain things on Party Poker you are awarded badges that will be displayed on your profile.

Unlike the Boy Scouts, though, you really don’t have to do much to gain the badges, which are split into three categories: Collectables, Milestones and Highlights. You might get a Collectable badge for hitting a certain hand (a paid of kings gives you the Cowboys Achievement, for instance), while you get your Poker Career I Milestone when you play your first hand of poker and a Highlight badge when hitting a big win. Apart from the kudos of displaying your badges, Achievements are perhaps a little gimmicky in all honesty, though at certain times promotions will be linked to certain Achievements, so it’s always worth watching out for that. Missions, on the other hand, tend to actually win you stuff. Whether bonus loyalty points, cash, tournament tickets or prizes, Missions are definitely worth taking on.

As mentioned above, you will earn two loyalty points for ever $1 you spend in poker tournament fees and table charges. You start at the bronze level but can rise to silver if you earn 400 points in a month and gold if you bag 1,000 points. The top level (palladium) is reached by accruing 9,000 points in a calendar quarter, and various rewards and bonuses are available to players depending on the level they achieve. Obviously the higher up the loyalty ladder you get, the bigger and better the rewards.

The new clean look and social focus gives players a fresh approach to the lobby and general interface, but the tables and games themselves have not really changed and are as crisp and easy on the eye as they always were.

Overall Party Poker is a great poker option for those who want an easy-to-use site with some decent promotions and more of a social aspect than you will find elsewhere, so give them a try today and see if you like what you find.

All the best Australian Free Bets online here for you. Over $38,000 in free bets and Australian Bookmakers' offers to claim. Get Free Betting offers NOW
© Copyright 2017 - All rights reserved.